Steven Schultz has been a lawyer specializing in civil litigation since 1992. He started off specializing primarily in medical malpractice defense, as well as general liability insurance defense. After five years, he decided to represent injured victims, exclusively, and has been doing that ever since. He has a wide range of experience in a number of civil practice areas, and has litigated, tried or settled several hundred cases. He has been involved in many complex litigation matters including products liability; medical malpractice; general personal injury; auto; trucking injuries; construction defect; and business/commercial torts.

Mr. Schultz completed his undegraduate training at the University of Southern California, and received his Juris Doctorate from the University of the Pacific, McGeorge School of Law. He has a wide range of hobbies and interests including boating; scuba diving; snowboarding; traveling; golf and family. He is married and has five children.

Next in importance to freedom and justice is popular education, without which neither freedom nor justice can be permanently maintained.

Find out what we can do for you?

Please fill out the form below to speak to a legal professional at no cost or obligation. 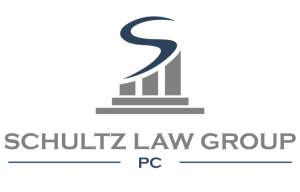